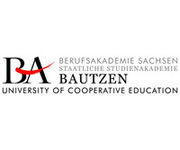 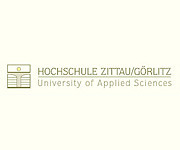 Lusatia is located Germany's far east, between Berlin and Dresden, a place where the sun particularly likes to shine.

Is one of the country's most versatile region, as the people between Görlitz, Neisse, Guben, Cottbus and the "singer town" Finsterwalde have repeatedly proven: They constantly bring, independently of external influences, their region forward with clever ideas, thanks to their performance, passion and attachment to their home.

Lusatia is a region of superlatives, as it is home to 1.3 million people in two countries, two federal states, six rural districts and one independent city. Here in south-eastern Germany you will find the largest artificial lake district in Europe, Europe's only visitor mine, which reaches XX meters in height. From here, Germany as a whole is supplied with electricity. Here are powerful industrial companies, nationwide well-known returnee initiatives - and everything that makes the region lively and endearing: Powerful industries, innovative sectors, new and experienced entrepreneurs and living conditions that are very much appreciated by new and old Lusatians. Nature is always close, as are large industrial companies, the motorway and the train. Sorbian and German traditions meet here, people practice a lot of sports and enjoy nature - and lots of cultural developments have seclusively developed to insider tips. Here you can party, relax and work passionately.

Lusatia is unlike other regions; it is something special with special people which we would like to introduce to you.

What exactly is Lusatia? Versatile! Lusatia is in transition!

Let's start from the beginning: Lusatia is a derivative of the Sorbian word "luza"... Which means swampy or humid. Water still plays a big role today, but not in the form of marsh but as beautiful, splendid lakes in the midst of nature, in the form of the rivers Spree and Neisse, Pulsnitz and Schwarzer Elster, which flow through the region.

Lusatia has a very varied landscape and consists of Lower and Upper Lusatia. Lower Lusatia ranges from Fläming to Poland in the east and is a vast, very flat area. Upper Lusatia ranges from Hoyerswerda and Weißwasser to Kamenz, Bautzen and Görlitz - right into today's Sorbian Catholic settlement area. The landscape here is soft hilly to quite mountainous in the mountain ranges, namely the Zittauer, Lausitzer and Jeschkengebirge.

What else is Lusatia? Something special!

Hardly any other region in Germany, despite its great importance for business and tourism, is that unnoticed as Lusatia. Here lies the magnificent league of the six towns Görlitz, Bautzen, Bischofswerda, Kamenz, Pulsnitz and Zittau, whose grand town centres still are witnesses of the Lusatians' business acumen in ancient times. Here, the largest brown coal deposits in Eastern Germany can be found, from where XXX people / households were and still are supplied with energy - summer and winter. Here, electricity was "transported" for the first time via overhead lines, the almost automatic coal mining technology was invented in surface mining and much more. Upper Lusatia was once characterized by its active and clever trade whereas Lower Lusatia was mainly characterized by its agriculture. When around 1720 the first bog iron ore was found, a kind of early

gold rush started, as this bog iron ore and shortly thereafter the coal became objects of desire. Within a few years, workers came from everywhere and they started working passionately. Bag ore mining, melting furnaces, iron casting, heavy engineering, coal mining and power generation were all new but lucrative industries that emerged here. For more than 200 years, rapid growth shaped the region and the people here. They constantly adjusted to new circumstances. They built, invented and shaped from here Germany as a whole. People here are humble and down to earth - hence unnoticed. There have been various structural breaks, due to technological and political causes. And what did the people do? They re-invented. Today, Lusatia is an attractive region with many superlatives. State-of-the-art power plants are today the power source of the republic. Extensive landscapes attract not only rare animals and plants as well as environmentalists, but also countless holiday guests. The cities hold art treasures, festivals and many hidden gems that invite to stay and marvel. Lusatians are warm-hearted people with a rough charm, various occupations and a memorable dialect: "Een feina Landstrüch" (a nice area), in which Strittmatter's novel-trilogy "The Laden" (the shop) was created. In short: Lusatia is simply beautiful. A beautiful insider tip